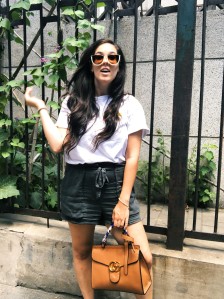 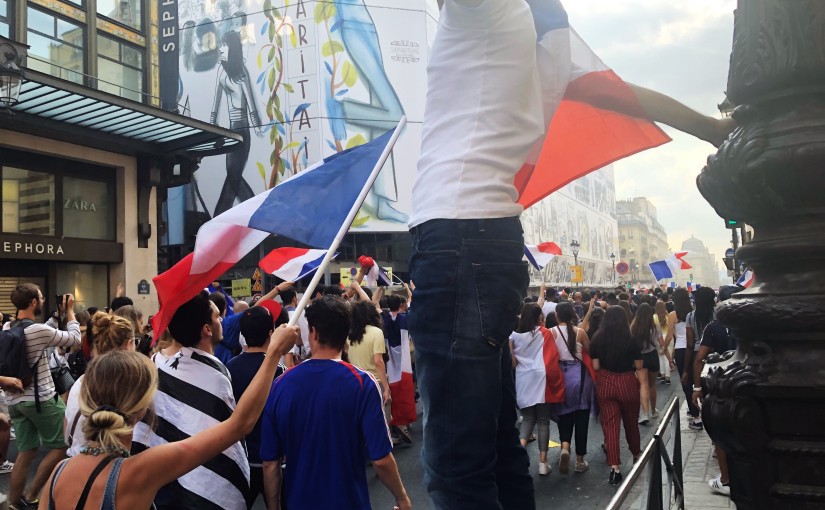 I was lucky enough to be in Paris when France won the World Cup. It was pretty amazing.

My boyfriend, his siblings, and I ran off the Paris metro into the streets filled with people shouting, climbing, celebrating. We walked to the louvre, saw fireworks explode, waved flags, and cheered for the two stars this country has now earned. 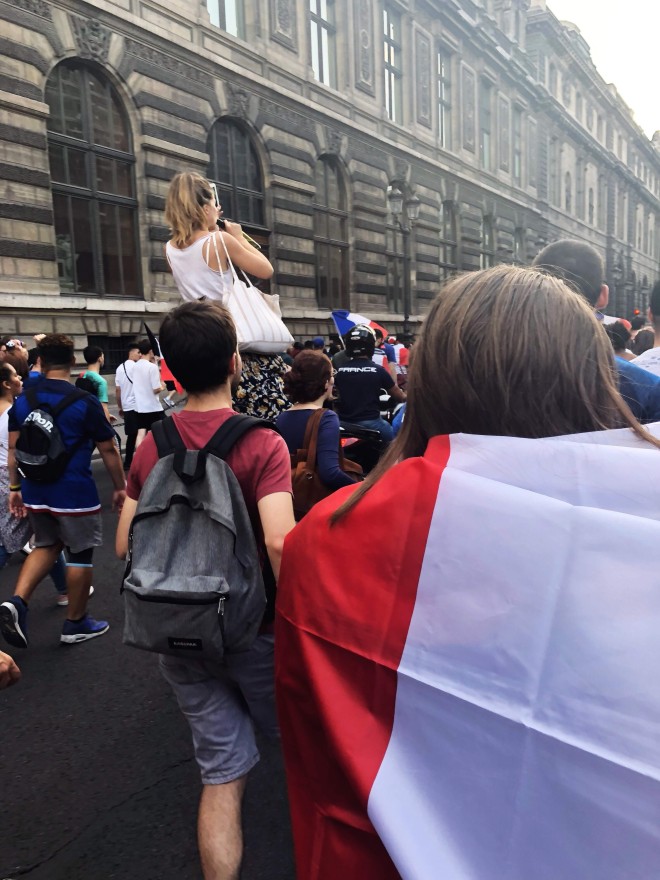 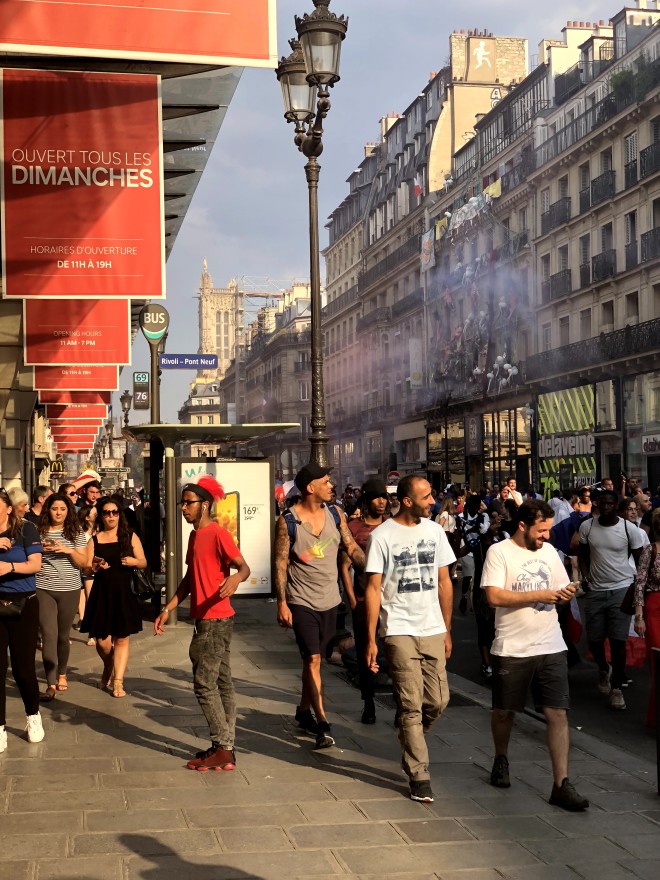 Allez les bleus! I was able to bring out my terrible french on the subway to ask those watching the game what the score was. Being in Paris for a night was only a small part of our vacay to Lithuania (oh yeah, I went to lithuania btw, more on that later), but it ended up being one of the most memorable parts of the trip.